The Downside of Uber and Lyft

North America, along with much of the world, has been building and rebuilding its cities and towns quite badly for more than half a century. To do it properly would have been easy; we used to be great at it. But, like voting for president, just because something is easy to do does not mean that it will be done, or done well. 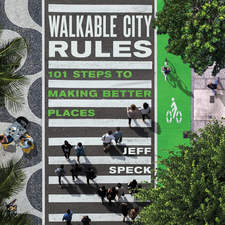 To rectify the sporadic spread of city planning best practices, I published “Walkable City” in 2012. The timing was fortunate: while the term was not often used before 2010, walkability now seems to be the special sauce that every community wants. It took a while, but many of our leaders have realized that establishing walkability as a central goal can be an expeditious path to making our cities better in a whole host of ways.

Packaged as “literary nonfiction” and “current affairs,” “Walkable City” was effective at finding readers, armchair urbanists curious about what makes cities tick. It made its way into mayors’ offices, council chambers and town meetings, held aloft by people demanding change. Sometimes, change was begun. . . and that’s when the problems started. While the book does a decent job of inspiring change, it doesn’t exactly tell you how to create it.

Hence this new book, “Walkable City Rules,” an effort to weaponize “Walkable City” for deployment in the field. A brief excerpt follows.

Most of us use Uber, Lyft or a similar ride-hailing app. The ubiquity of ride-hailing is inevitable. Even as some progressive cities such as Austin have tried to create trade barriers, it represents too good a value proposition for users to be held at bay for long.

Does a small surcharge on each ride in support of transit not seem prudent?

Ride-hailing is amazing for mobility, especially in the suburbs, where few alternatives exist. But there is some question whether ride-hailing is good for cities. On the plus side, there is likely a lot less drunk driving.

A recent study found that New York City’s four most urban boroughs experienced a 25 percent to 35 percent reduction in alcohol-­related collisions after the rise of Uber. It is hard to find another cause for this decline, and there is no temptation to do so. Most of us know people who used to drink and drive but now take Uber instead.

According to one study, ride-hailing services are responsible for a 3 percent to 4 percent jump in traffic citywide, about 600 million miles per year.

The argument that the transit decline might be mere coincidence largely was dismissed by a recent study that polled Denver Uber and Lyft riders on what travel mode they would have taken had the ride not been available. A full 22 percent had switched from public transportation — and 12 percent would have otherwise biked or walked. These data suggest that fully one-third of all ride-hailing trips in Den­ver are new traffic caused by ride-hailing. And Denver has a fraction of the transit riders of New York.

But it gets worse because the ride has to get to you first. The same Denver study, conducted by Alejandro Henao — who worked as an Uber and Lyft driver while earning his Ph.D., as well as a five-star rating — found that for every 100 miles of moving customers, his car had to move 169 miles. (And Alejandro parked his car immediately after every ride.) Uber’s own data are similar, and that figure does not take into account commuting to and from the first and last customer. 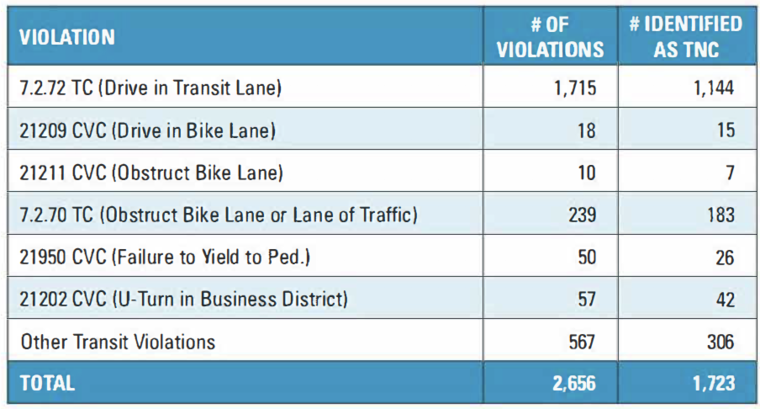 So if Uber generates more travel, what is the transportation payoff? Theoretically, it is a reduction in car ownership, which over time would be expected to lower road use, since ride-hailing raises the variable cost of each ride. (Car owners more readily travel by car, because their principal costs are fixed.)

Evidence of a reduction in ownership is starting to trickle in. According to a Reuters poll, approximately 2 percent of Americans recently ditched their cars thanks to ride-hailing. But think about it: If 2 percent — or even 20 percent — of Americans drive a bit less, is that enough to make up for the fact that each ride travels 69 percent farther? Environmentalists who support ride-hailing are not doing this math.

Conversations with Uber and Lyft drivers would seem to teach a different lesson: to the typical moderate-income car owner, Uber and Lyft are less likely to be seen as an opportunity to lose the car than an opportunity to work for Uber and Lyft. Indeed, in South America, ride-hailing is catching on as a platform for car ownership, allowing drivers to buy personal vehicles chat they otherwise would not be able to afford. These increases in ownership are likely to outweigh any eventual reductions in the United States.

Given these circumstances, cities may reconsider their policies regarding ride-hailing services. Since talented professionals want ride hail­ing, and cities want talented profes­sionals, it does not seem wise to keep them out of town.

But concerns about congestion and the viability of exist­ing transit systems would suggest a more defensive stance is warranted. Does a small surcharge on each ride in support of transit not seem prudent? At the very least, all but the most sub­urban cities need to stop wondering if ride-hailing is a smart alternative to transit. If you have congestion, it’s not.